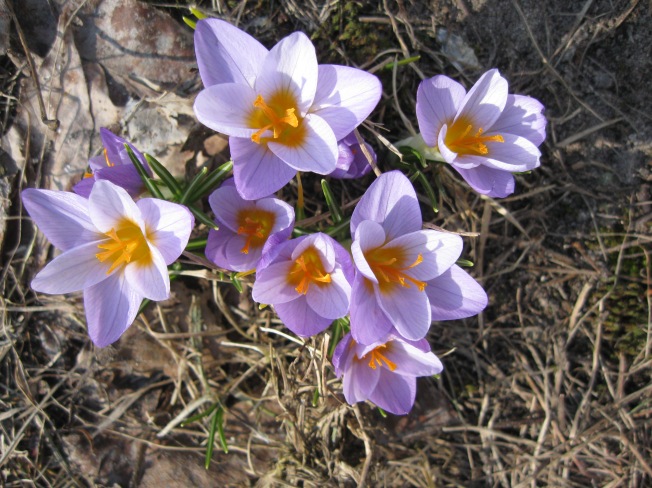 I used to be quite the quilter. I was never taught; actually, it never seemed to me to be one of those things that needed to be taught. Some patterns, of course, were beyond my skill level, but I wasn’t aiming for whorls or stars or flowers. Mainly, I was just using up scraps. I thought that’s what quilting was all about. I was a hoarder of all manner of bits and pieces, so quilting seemed right up my alley.

My husband was a roofer, and would wear through two dozen pair of blue jeans in a season. I patched them with scraps from other jeans that were beyond repair. I stitched the patches on with various embroidery stitches, sometimes embellished with a row of flowers, a heart, or a peace emblem. Then, when I became overrun with denim scraps, I stitched large pieces together – some embellished with embroidery, some not, in twelve shades of faded blue – into a pair of wide leg pants for myself. They had a drawstring waist, and were quite dapper, for the 1970’s. I took the zip-out liner from a jacket my husband never wore, and covered it with patchwork denim scraps to create a blue-jean vest for him.

As with every craft I have tried to master, there are many more unfinished examples than completed projects. I started a silky baby quilt made just from old neckties. I started another using just the silk labels from inside of clothing. In both cases I fell far short of materials. I planned a large quilt made of old T shirts, and collected them for years with that purpose in mind. When I started having grandchildren, I intended to make each of them a crazy quilt, using bits and scraps of old clothing from various family members.

I think I finished a couple of them. They were colorful, without a doubt. They were accepted graciously by babies and parents. Years later, when one of them (I think Tommy) brought his quilt out to show me that he still had it, I was embarrassed at the poor quality. Seams – that were never properly put together – were coming apart. Edges were crooked; stuffing was lumpy. I was embarrassed, but not surprised.

Some time, between first putting denim scraps together to make “masterpieces,” and – twenty years later – fitting all manner and shapes of fabric together to make “crazy quilts,” I came to the realization that there are, in fact, rules to proper quilting. Knowing that – and knowing that I had never learned them – dampened my spirit about the whole endeavor. There is a lesson here, somewhere, in my quilting experience…though it’s not a quilting lesson!