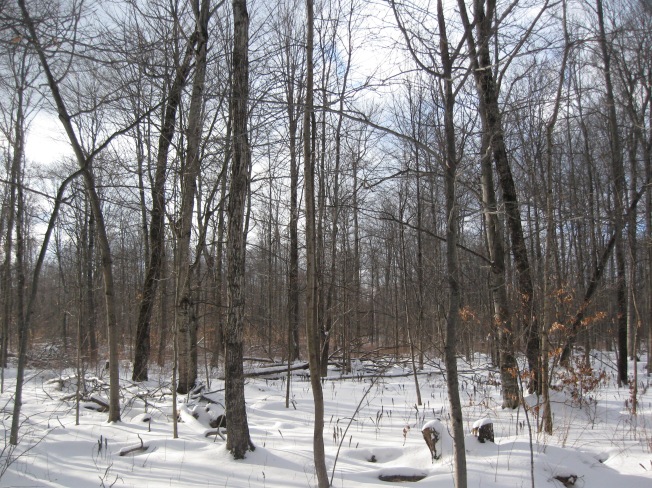 We are experiencing a mid-winter thaw, here on Beaver Island, with temperatures in the fifties, I’ll bet, and snow melting at a record pace. I took several photos of the Fox Lake Road (now turned to mud), my driveway and ever-expanding yard (also mud) and my two dogs relishing the fresh air, bare earth and spring-time smells. I can’t get the photos to load, so I have no proof to show, but it is a rare spring day today, right in the middle of February.

I slept in this morning until the bright sky told me it was time to get out of bed. This is the weekend of the winter fishing tournament at Lake Genasereth, which one of my co-workers organizes and oversees, so I was scheduled to work at the hardware store today. Even with sleeping in and having to be out of the house at a set time, I had time to write this morning. I didn’t though.

A series of events over the last couple of days has left me emotionally exhausted. First, understand that – on Beaver Island, in the middle of the winter – nothing happens. A change in the weather is big news. When something really substantial happens, we don’t know how to behave.

Two deaths occurred, in two days, at the lakefront motel across the street from the hardware store. A terrible coincidence. The first, on Friday, was a young adult, the son of one of the residents there. The second, on Saturday, was my good friend, Roy, the owner of the motel.

I don’t have any details, though it was widely assumed that – being right across the road – we would be able to glean the facts as the events played out. As emergency vehicles arrived on the scene, we fielded phone calls from islanders, worried and hungry for news. Information and mis-information quickly found its way to social media sites. Speculation ran rampant. It made for long, sad, and emotionally trying days. I spent plenty of time praying that someone in an official capacity would notify off-island family members of the deceased, before they read the news on Facebook!

I needed this morning to work through the events, deal with my own grief, and decide whether – and how – to talk about it. I felt, somehow, I needed to talk about it. Soon after arriving at the hardware today, I learned that another friend was taken to the airport by ambulance, to be flown over to the hospital. Again, I have no details. Let me say this:

To Jan, who lost his son: my deepest sympathies. I didn’t know him. I know you only through the hardware store and your devotion to keeping the birds well fed. Still, I can imagine the agony of losing a child, and my heart goes out to you.

To Shari, Roger and Duane, who lost their father: my heart is breaking for you, in this loss. I know what a good man your father was, and how devoted he was to each of you. I know what it feels like to lose a parent, and what a hole it leaves. I hope you are comforted, a little, by the sharing of grief by all of those who loved your Dad. Just in the few hours I was at the hardware store today, I heard one story after another of what a great guy he was, and how much he meant to this island and the people here. I have a few stories of my own, that I’ll share at another time. For now, my heartfelt sympathy.

To Paul, who regularly reads my blog and often stops to comment on what I’ve written: GET WELL! Your wit and intelligent observations enrich this island. Your kind words and smiling face are blessings to all of us. My best wishes for a quick recovery and your continued good health!

As for me, I pray that  – when I die – it will be with my privacy and dignity intact, and in time and place just as far as possible from downtown Main Street…Beaver Island…in the middle of February!