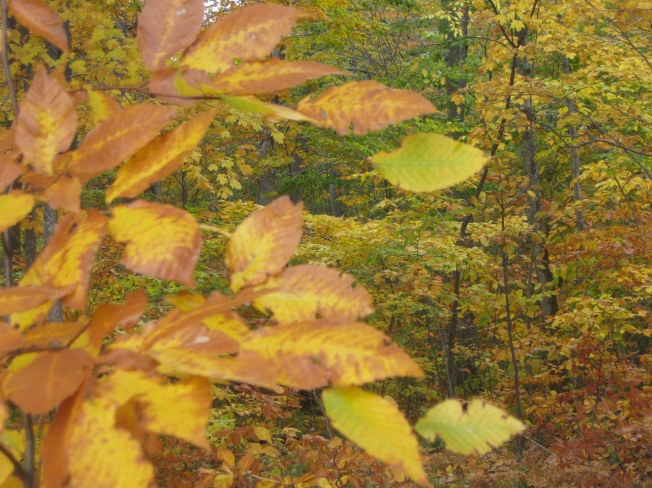 I have avoided, mostly, speaking up about this election, the candidates or my politics in general. I do hold opinions, based on my own values, upbringing and thoughtful analysis of the information I gather.  I don’t like having to defend them. I am not good at debate, so I’m immediately disadvantaged and – though I don’t pick my ideas out of the blue – I’m not particularly well-read or informed on the issues of the day. I’m not proud of that. I should be more aware of what’s going on out there, but it doesn’t hold my interest for long. The end result, though, is that a debate over political beliefs feels like a personal attack, and I don’t want to be on either end of that.

However, with the election right around the corner, I have finally, nervously, put a Clinton sign out on my lawn. And, when I opened The writer’s Devotional by Amy Peters, I was faced with this prompt:

The nation is controlled by…

The nation is controlled by the media. I hate to put that down in print, because it feels too much like what I’m hearing from the conservative candidate right now, but I believe it to be true. Our country is a democracy guided by popular opinion. I’m afraid that most people get their information the way I do, and the way that is easiest, from newspapers and magazines, television news reports and the internet, and from the voices of people we respect. I would be hard pressed to know how to investigate a candidate beyond that.

But is it fair? Or accurate? The news networks clearly have an opinion. If the people I trusted and listened to were on Fox News, I’d come away with an entirely different viewpoint and set of “facts” than if I were to put my trust in CNN. I go to the BBC for a bit more of a global perspective. I look at Fact Checker to analyze speeches and debates. It quickly becomes too much information to sift through, and I go back to just listening to the stuff that reinforces my own beliefs.

I want a hero. I want a champion. I think we all do. For many, myself included, Barack Obama was that guy: handsome, fit, intelligent, compassionate, well-spoken, and a symbol of an evolving country. He was “hope” to a large group of people. Considering that – despite the pedestal we gave him – he was a human being, and also had the checks and balances our government provides to contend with, I think he has done a fine job. Still, I wonder if he would have had the opportunity, if it weren’t for the media.

“Did Oprah get Obama elected?” It’s a question that was tossed around quite a bit after his first election. I think she definitely played a part. Oprah Winfrey was in all of our living rooms. She reflected our thinking, yes, but she also guided it. Her shopping show alone revealed dozens of things I felt I absolutely needed…though I didn’t even know they existed before I saw  them on her show. Her book club guided the reading habits of a nation. The doctors, decorators and life guides she supported, got the support of a million viewers overnight. And Oprah Winfrey loved Barack Obama.

Saturday Night Live was so biased in their portrayal of Obama in comparison to the other candidates, they started mocking their own bias! At the same time, their portrayal of Sarah Palin was so “spot-on,” it became difficult to remember what she had actually said versus what words their comedy skits put in her mouth. They do a good job of mocking most candidates equally, though it’s easy to latch onto the foolishness of the opposition, and simply laugh at the silly parody of the others.

It’s possible, with television and the internet, to find support no matter what direction a person is headed. The media helps to funnel a million different opinions onto a hundred paths. People don’t agree on every aspect, but the chances of making change are better with a support group, so ideals are diluted and differences are shaded over. In an election year, there are only two main paths. It seems those millions of different ideas, goals and guiding principles have to be hammered into shape to fit into one or the other.  No wonder we’re all so tense!