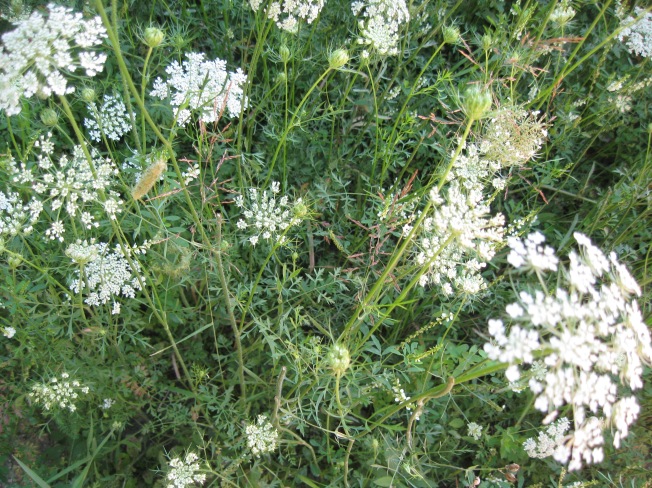 This week’s writing prompt comes from the editors of WordPress, who offer 365 of them.  Though I’ve written about this topic before, it seems like a good one for this day.

August 2
Origin story: Why did you start your blog? Is that still why you blog, or has your site gone in a different direction than you’d planned?

I wrote my first blog in October of 2011 in an effort to slow my life down to a speed where I could actually appreciate it.
My little sister, Sheila, four years younger than me, had died – suddenly and unexpectedly – on the second day of August that year. My mother’s death came – with a bit more warning – nine days later. It was an awful time in all of the expected ways, and surprisingly wondrous and sacred in ways I couldn’t have predicted. In addition to all of that, it made me stop to consider my own life.
What could I remember of my childhood? Of more than eighteen years in my family home, my memories – if lined up one after another – might fill a week or two. If I add general remembrances of sun or snow or fresh-cut-grass, maybe twice that. What of fourteen years of marriage? Maybe another week or two of strong impressions. What of every precious day with my young daughters? Where had all the time gone, and what had I held on to? Had I been paying attention at all, as life sped by?
These thoughts swirled through my mind, then, in those days when the fragility of life was so clear. I added a little arithmetic: if I lived as long as my mother had – and Sheila’s death proved that there were no guarantees – I would have about 7,300 days left. I had already lived nearly three times as many days, without even realizing the sanctity of every  day. That had to change! I had to start paying attention!
I have several volumes of journals and diaries, kept sporadically through my life. They are filled, mostly, with self-righteous rants and fits of complaining, with the rare insight thrown in for good measure. I chose a public forum instead, this time, to make myself accountable. I didn’t want simply a forum for gripes (though I have certainly used it for that), or lists of a day’s accomplishments (though I’ve done that, too). I wanted a means of recording the days and weeks as they go by, to pay attention to the sights and sounds and smells of the seasons as they pass, to (yes) note my mood and the things that are affecting it.
I’ve added stories, memories and lists; I’ve recorded art projects and books that I’ve read. I have spent far too much time complaining and – at least once or twice – used this space as a soapbox for a good old-fashioned rant. Still, mostly, I have remained faithful to my original intent. I don’t know if I’m collecting more memories; I know that I’m paying attention to each blessed day, and that was my goal.