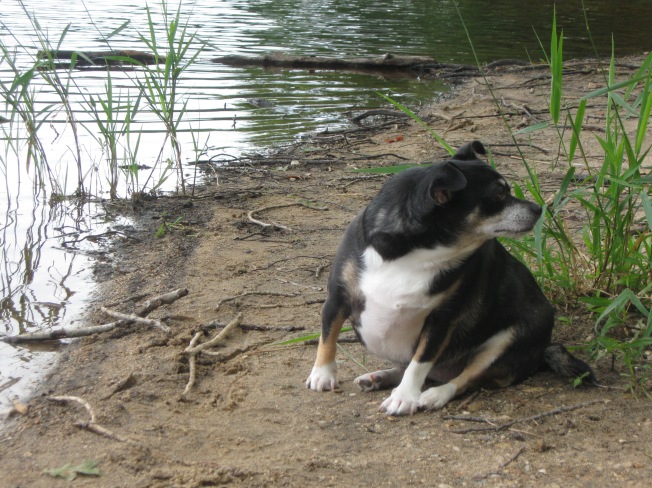 I was starting to catch up. I was feeling pretty good about it, too. A little chagrined that it took so many weeks into summer to catch up on winter’s bills, but pleased nonetheless.

The hours at the hardware store have been expanded, to take advantage of summer’s business. That gives me some over-time. There have been a few days where I worked 10 hours. Working longer hours makes it even more difficult to find time to cover events I should be covering for the news-magazine. It’s even harder to come home and sit right down to write when I’m tired from my other job.Still, I was counting the money.

I have been whittling away at my long list of hardware store charges. You know, dog food, detergent, a candy bar to help get through the afternoon slump…it all adds up. The charges tend to pile up over the winter, too, when money is tight and hours are few. I’d finally be able to pay it off! I would be able to pay my winter tax bill…just in time for the summer tax bills to come out. I would pay off winter’s propane bill, before I had to turn on the heat this fall. Hurrah!

I took today off – arranged in advance – to participate in a garden tour. I scheduled myself for Monday to make up for it. Monday, my back went out, so I ended up off work that day, too. It’s not going to be such a big paycheck after all.

Sunday, coming down the hill to Fox Lake, Rosa Parks twisted her leg. She’s been hobbling around on three legs ever since. It doesn’t seem to be getting any better. I’ll have to get her in to the vet. I’m terribly afraid that it’s that tendon in the knee, that will not repair itself and that requires surgery to fix it. My old dog, Maggie, had to have each of her knees done; Clover, after slipping on ice, had one. Now maybe Rosa Parks.

Last night, driving home late after attending a concert, I found I had no headlights. Someone waved at me, enthusiastically, from the sidewalk as I drove through town. I thought they were just appreciating the cool jazz playing on my car radio. By the time I made it out of town and away from the street lamps, I recognized the problem. I messed with a few buttons and switches to no avail.

No lights. At least the King’s Highway is fairly open, and the sky was still pretty light at 10PM. Paid Een Ogg’s Road, though, is bordered with trees. Luckily, it’s a straight road. Fox Lake Road not only has a dense canopy of trees down the entire length, but it’s narrow and very curvy, too. I found the blinkers still worked, and gave off enough light to make my [slow, strobe-y] way home. So, add the car to the list of necessary expenses.