When I sold the gallery in Lapeer, I bought myself a one-year membership in a new health spa on the main street. My girls were in school, in brownies and girl scouts, swimming and other extracurricular activities. My husband was taking night classes and had finished requirements for his contractor’s license. Our families all lived near by. We were vested in the area.

We talked about moving as far away as Schwartz Creek, so that I could pursue further education at Michigan State University in East Lansing. That city was about halfway between my husband’s job in Lapeer, and where my college courses would be. We would each have about a thirty-five mile drive. More fair than one of us having to commute the whole distance. It didn’t make a lot of sense, though. Our children would have to change schools…and if something happened where we were needed right away, both Terry or I would be thirty-five miles away, in different directions. That wasn’t fair to them. On top of that, unreliable cars and Michigan winters kept all of this in the discussion stage.

My husband continued to spend several weeks each year in Arkansas, working with his cousin on various projects. He continued to drink too much. Side effects were getting worse. One night, he came home and drove right into the door of the garage, doing extensive damage to it, and his vehicle. One morning, he woke me up early. Pale and shaken, he told me he had hit something the night before. He didn’t know what. He couldn’t have said whether it was an object or a person. I drove him down the dirt roads, following the erratic tire tracks that showed his weaving path home, until we came to the mailbox that he had mowed down. He made reparations; he swore he would change. Still, he kept on drinking.

Early one spring, my husband got a call  from Bill Cashman on Beaver Island. He had several jobs going; he could use Terry’s help. He knew we were buying land on the island…would we consider coming back right away?

“This could be the best thing for us,” he said,”A change of scenery, a different lifestyle, work that I can count on…”

Well, my heart was never far from Beaver Island. We’d had a direction; we were working from a plan. We all know what they say about the best-laid plans. So it was that we again packed up our household, and shortly after Easter in the spring of 1982, we headed back to Beaver Island. 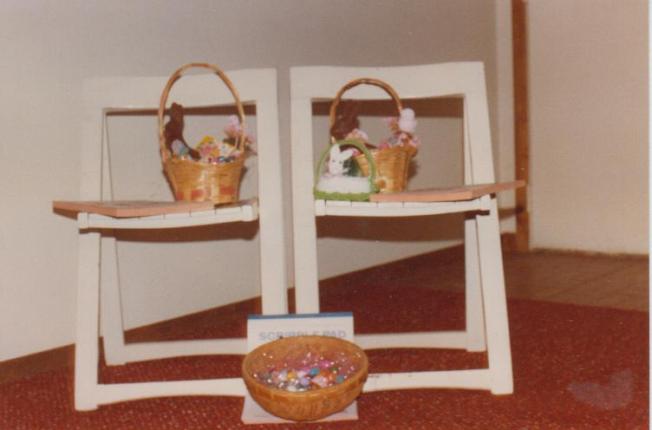