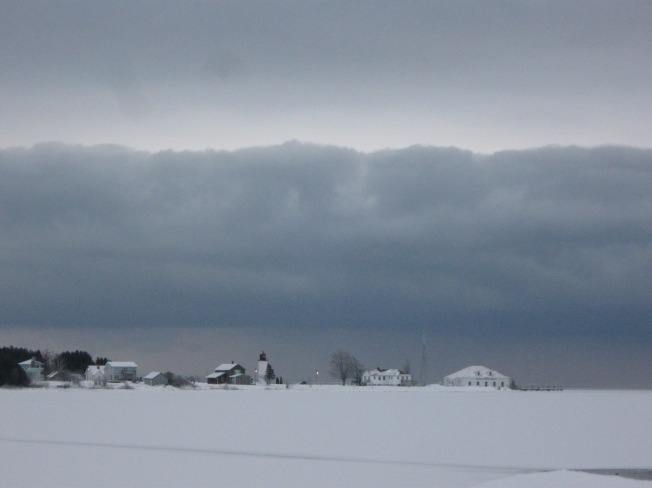 What was it that drove me, with my young family, to leave relatives  and friends, to quit jobs and leave college, to take my children away from their home and their grandparents, to move to a remote island in northern Lake Michigan?

I had history on Beaver Island. My father and my grandfather had been raised there. I’d enjoyed many wonderful family vacations there. I always cried when I had to leave.

Still, surprisingly, it was my husband who suggested it.

We had come to the island together in 1970, at age seventeen, before we were married. I had managed to get a weekend off from my job at the hospital. My parents were on the island, on vacation with my brothers and sisters. We decided to drive up to join them. When we called to let them know we were coming, my mother gave us instructions, “When you get to the Boat Company, be sure to tell them who you are,” she said, “and they’ll be happy to help you with parking and everything.” What she meant was that I should let them know who my family was, so they’d know I had island connections.

As instructed, we walked in and Terry introduced me as “Bob Ricksgers’ daughter.” Before we had a chance to ask about parking, the man behind the desk said, “I don’t care who she is, don’t come in here with that long hair and a cigarette, with that attitude…” It was a poor start to a sad weekend. My Grandpa George was an old island gentleman who always put on his good clothes to go to town; Grandma Florence always wore a dress, even when doing farm chores. Her only exception to that – in her entire life – was when she had put on overall’s one day to help with haying. They both thought Terry’s patched up bell-bottomed blue jeans were a disgrace, and didn’t mind saying so. They found him a place to sleep in the barn. The Homecoming Parade – that I had sold pretty heavily when planning this trip – consisted of (this is his assessment), “one beat-up pickup truck, a few kids carrying signs, a manure spreader and two Indians on bicycles.” He was glad to get away.

The next time we came to the island was in  1976, for my grandfather’s funeral. He had died at the beginning of the year, in Chicago, but the funeral was planned for spring on Beaver Island. My sister Brenda and I each left our children in the care of in-laws, and brought our husbands. With all of the family gathered, it would have been a good time for Keith and Terry to impress on everyone what good husbands we had. Instead, they went out to the bars together, and left a different impression entirely. We were embarrassed, and furious. We hardly spoke to them all the way home.

So, my husband’s history with Beaver Island was much more lackluster than my own.

We had talked about moving away from Lapeer. We could both see reasons why a fresh start in a new location might be good for our family. We had discussed other locations in Michigan. We had researched opportunities in Yakima, Washington. We looked into jobs associated with the new pipeline in Alaska. We had not considered Beaver Island.

One day, while Jen was at kindergarten and Kate and I were visiting my Mom and Dad, I happened to pick up Dad’s most recent issue of the Beaver Beacon. An article talked about a coming visit to the island by recent Nobel Peace Prize winner (with Betty Williams), Mairead Corrigan. What an opportunity!

I made arrangements to go to the island at the time Mairead Corrigan would be there. My friend, Linda, came with me. We stayed two days. It was a wonderful trip for a hundred reasons, not least of which was hearing a wonderful, inspiring talk by a woman working for peace in our time, and dancing the Irish jig with her later, in the bar. I came home with lots to tell about the good time I’d had.

I was happy to be back home with my family, though, and anxious to get back to classes. Life settled back into a normal pattern.

But then, my husband did something to make me very angry. He broke a promise, quit a job, wrecked a car…or some combination of those things. I was really mad. I’d been giving him the silent treatment for a couple days. In an effort to get back on my good side, on a whim, he threw out the suggestion…”What do you think about maybe moving to Beaver Island?”

Well, that was that!