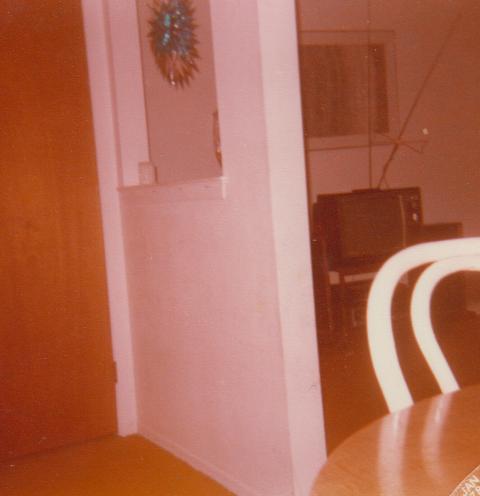 It seems I’m having difficulty moving from one address to the next. Once I pull up all the memories of a place, from wherever they’ve lay hidden, it’s hard to move on. I want to linger there, with the young person I was and with all of her unreasonable dreams.

We got our first stereo system when we lived at Charbridge. Before Terry and I got married, I spent way too much money on a nice radio. It had all kinds of special features – or seemed to at the time – all enclosed in elegant dark wood. My mother had always had a radio, for news in the morning and music through her day. A radio seemed necessary.

In college, in a discussion with other students, something was said that caused me to say I didn’t have a stereo. The looks of surprise and pity  elicited by that comment caused me to realize it was a music system that was necessary. We went shopping that very weekend, and put one on lay-away. It had a turn table, an eight-track tape player and a recording feature with two little microphones. Somewhere, still waiting to be converted to compact disc, I have old eight tracks of my little daughters playing Donny and Marie. Jen sings, “I’m a little bit country…” to which little Katey responds, in baby talk, “…an’ I a idda bit wock an’ wo-o-ooh!”

Mrs. Baldry took care of my daughters when I was attending classes. She had a daughter, too: Lara – named for the character in Doctor Zhivago – was just a bit older than my Jen.One year she knit sweaters for each of my girls. Jen’s was red, white and blue ombre’ yarn; Kate’s was in shades of pink.

Jen went to Schickler School for kindergarten. She brought home more songs for our repertoire: “John Jacob Jingleheimer Schmidt”  and the Schickler song (“S-C, that’s the way I begin, H-I are the second letters in…C-K, those are the third…L-E-R is the end of the word…”). In classrooms set up at the dining room table, in the basement playroom or on the living room floor, she tried to teach Kate everything she learned.

My sister Brenda and her family moved back to Lapeer during the time that I lived there. She often visited me at Charbridge. We’d play games while we visited. One time, her tire went flat on the way to my house. It would be difficult to stop, on the highway, to deal with something like that. Her husband was at work, so she couldn’t call him, even if she could get to a phone. I was expecting her. Maybe it wasn’t so bad. She continued to my house. There, we could see that it was, in fact, a serious flat tire, and pretty mangled by the time she parked in front of my house. Obviously, she couldn’t drive it back home. Without a second thought, we got out the backgammon board to entertain ourselves until our husbands could deal with the problem. Turns out, that wasn’t the best course of action…according to the guys, anyway.

I got my own car, when we lived at Charbridge, so that I could drive to and from my college classes in Flint. It was an old Volkswagon Beetle. Most of the floors were rusted away; the gas gauge didn’t work; the windshield wipers were missing; there was no heat. It was a standard transmission…and I didn’t know how to drive a standard transmission. The price was right; we decided it was perfect. Terry spent a few evenings trying to teach me the particulars of driving a stick shift, then gave up in frustration. “Just drive it,” he yelled, “you figure it out!”

So, that’s what I did! Lurching and stalling, swearing profusely, shivering to beat the band, I drove it to and from Flint to my classes all winter long. I’d dress in layers: with no heat, and all the gaps and holes in the car, driving on the highway was like standing in 70mph winds. I’d pull off on Oglethorpe Drive to pick up my friend, Linda. She’d come running out with afghans, scarves and her son’s ski masks. And a big grin.We’d be off again, jerking through the gears, pulling off to chip ice from the windshield as needed, hoping not to run out of gas.

The future seemed huge, in those days, and anything at all seemed possible.