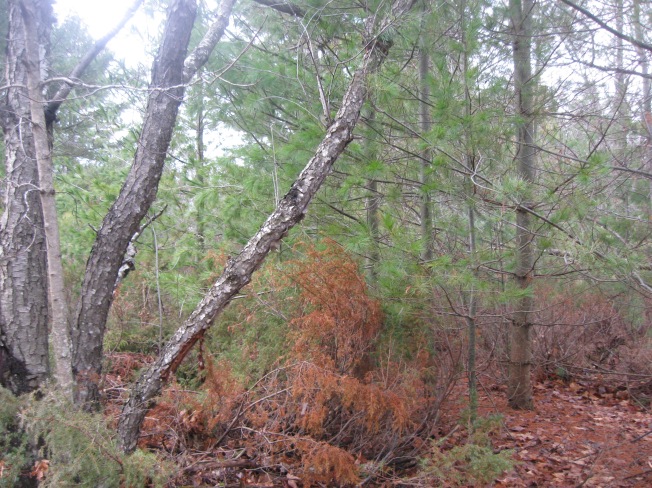 I was planning to make mushroom risotto for my dinner this evening. I have plenty of rice, onions, and a few fresh mushrooms that need to be used before they go soft. I was going to pick up chicken broth and a lemon at the grocery store after work, and would have everything I’d need.

While mailing out Christmas packages this morning, I wrote out a check to cover postage, and realized it was the last check in the book. I had tucked a twenty dollar bill in a birthday card yesterday. In cash, I was left with three dollars and change. Not enough.

Instead, it’s fried potatoes with onions for my dinner this evening.

That’s okay. It’s one of my favorite meals. I fry the potatoes until they’re brown on the outside, but still firm, not quite cooked through on the inside. I like the onions very done, caramelized almost, but the potatoes al dente’. Then, sometimes, I melt cheese on top.

As I was slicing onions, I was struck with a memory of cutting onions horizontally and separating them into neat rounds for fried potatoes. I don’t do it that way anymore. Now I slice them vertically, into long, curved strips. I don’t know when that changed. Or why.

I used to slice the potatoes into rounds, too. Now I cut them in half before slicing them, so I have half-moon shapes. I might have changed my onion slicing at the same time as I changed my potato cutting, so that they’d look similar…but I’m only guessing.

I remembered, as I was peeling potatoes, that the funny tip at the end of a carrot peeler (I suppose it could be a potato peeler, too) is a tool for removing the eyes of a potato (also for the spots on a whole pineapple, but that has nothing to do with this discussion). I used to know that, and then I forgot.

I didn’t remember it at Thanksgiving, when my sister and I were peeling potatoes together. The potatoes were just filled with eyes, and I was passing them to Brenda, to cut out the spots. I lose patience with a job like that, and was sure I’d end up just cutting away chunks of the potato. My mother would have found that unacceptable, and I was afraid that Brenda would feel the same way. I took care of it by just handing the job off to her. I was secretly pleased to see that she was kind of cutting away chunks, too. That would have been a darn good time to remember about the carrot peeler…but, no.

It strikes me that if these two revelations come to me in one day, for no particular reason, how many other things have I forgotten?