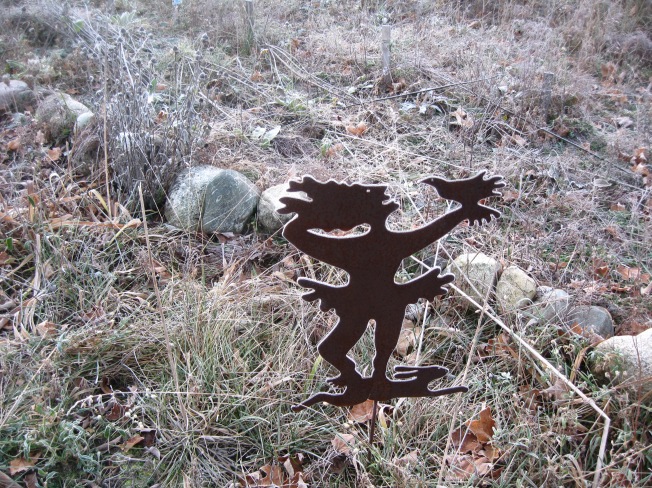 My friend, Red, refers to his wife as “Crazy Lady,” though she’s as sharp as a tack, and he knows it. It sounds like a compliment when he says it.

I’ve been called crazy more than a few times in my life; it wasn’t meant as flattery.

It doesn’t matter; I take it as a positive assessment.

A woman can be labelled crazy for showing strength, determination, stubbornness…or humor.

Most times, I work a little too hard at being in agreement…or at least not flouting my contrary point of view.

I used to be more argumentative. I think we all go through that stage, when we are forming opinions based on our own knowledge and experience, rather than simply what we were taught or told.

It felt powerful, at the time, to challenge ideas that were comfortably in place, in order to assert my own.

It started in Catholic school, questioning  the nuns about rules of dress that determined the length of skirt or the type of sweater allowed. It continued into public high school, where my class staged a successful protest to allow girls to wear slacks. Into young adulthood, I took on bigger issues.

I marched for peace. I joined the National Organization for Women and marched for the Equal Rights Amendment. I wrote dozens of letters to Congressmen with grievances large and small. I boycotted sugar, then meat, then all Nestle products. I quit buying aerosol sprays. I stopped using herbicides.

My actions weren’t outrageous, but my bent toward convincing everyone else was. I was haughty in my righteousness, judgmental, argumentative and crazy in my pursuit of changing minds. Not enough that I choose my own way, it seemed important that I convince others that any other way was wrong.

I shudder to think of that self-righteous loud-mouth now.

It was my wise Aunt Katie that showed me a different way.

My Dad was here on Beaver Island for a visit, and we were arguing. There was no end in sight. I was sure I was being as generous as possible, allowing for his age, and different life experience while holding to my principles. He was sure that I was wrong, and putting on airs to boot. We’d sit down to dinner; something would be said – maybe just a comment on the news from the little TV – and Dad would say, in his most conciliatory voice, inviting my agreement, “See, and you think you’re so gol-damned smart…” and we’d be off again, on our never-ending debate over whatever nonsensical, minor issue seemed so important at the time.

“I know he’s stubborn,” Aunt Katie said, “I grew up with him…and three other brothers.”

“Do you want to know how to win an argument?” she asked.

This is what she told me:

Let him talk. Let him put out his entire argument. Don’t interrupt. Don’t shake your head or even so much as raise an eyebrow. Listen. Let him finish. Lift your arms and let them fall. Bow your head slightly. Look him in the eye. Without a hint of sarcasm, say, “You are absolutely right.”

You will never get him to admit he’s not right. You could argue with him for the rest of your life, he’s not going to be wrong. Even if you express doubt, even if you say “You might have a point,” or “You could be right,” he’ll keep right on arguing. Do what I said, and the argument is over. Then go on and think how you want to anyway. He doesn’t need to know. That’s how I got along with four brothers!

Well, it worked! And it stands to this day as some of the best advice I’ve ever received.