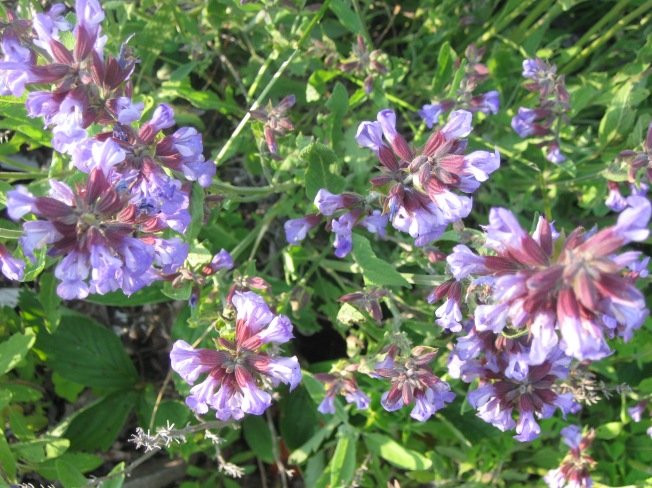 Cousin Bob and I made a quick trip off the island and down-state, to pay our respects to an uncle.

Uncle Al lived to be ninety years old – he’d celebrated that milestone birthday just a few weeks ago – and, by all accounts, lived a pretty good life. He’d had a long and happy marriage (his wife preceded him in death by less than two years) and raised four sons. He enjoyed grandchildren and great-grandchildren. He’d had a long career, but also many years of retirement to pursue other interests. There had been a few issues, but his health was pretty good. Though his sons were there to help when needed, he was fairly self-sufficient for most of his life. His decline was sudden, and he did not linger in pain, helplessness or ever-diminishing capacity. The photos show a handsome man with a nice smile and a twinkle in his eye, often gazing lovingly at his wife. As heart-wrenching as these events sometimes are, this one was not bad.

I took the opportunity to deliver my granddaughter to her Papa and Grandma ‘Nay’s house, where my daughter will pick her up at the end of the week. I treasured our time together though – when all is said and done – she is fifteen and wanting to test boundaries…and I am old and a stickler for the rules. We are both stubborn. We disagreed about bed times and texting at all hours, spending habits and curfews. We agreed on fixing and eating nice meals together, hats, french braids and spoiling Miss Rosa Parks. One day, Madeline brought a sample of pistachio-almond ice cream to the car when I picked her up from work (she always smelled like burnt sugar and ice cream after a shift at the ice cream shop), and spooned it, by turns, into her mouth and mine, with an occasional taste for Rosa Parks, all the drive home. Another day, she quit her job and spent the evening trying to arrange for her Papa to come pick her up at the airport. “I’ll pay my  own flight, to get away from here,” she told me. She only broke down when her Papa said he couldn’t, and it took every bit of restraint I could muster to keep from wrapping her in my arms. The next day, she made Mexican skillet, and had the table set nicely when I came home from work. “Just to let you know I’m sorry for all my crazy behavior yesterday,” she said. As heart-wrenching as these events sometimes are, this one was not bad.

Some good-byes are worse than others, but even the best of them are sad